Organising a football tournament might seem tedious, however there are only a few simple steps to follow in order to effectively align teams and rules. The tournament can either be large-scale with full teams of 11 players per side or simple tournaments with teams of 5 players each.

Define the amount of teams involved 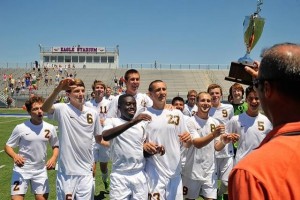 The number of teams involved in the tournament is crucial as this will determine which format would be best. If you have a relatively small amount of teams, it might be worthwhile to go for a one game day knock-out tournament with third and fourth play-offs and fifth and sixth play off. By adopting this format, every team will appear in at least two games. This format would only need to be used when starting out at quarter finals with a maximum number of eight teams. With larger numbers of teams involved, a miniature league might be opted for comprising of about four to six teams. This option is convenient if you wish to have different amounts of players on both sides.

Rules are the most crucial part of any tournament and sport event. Rules need to be outlined and briefed to spectators, coaches, officials and players. This will ensure that the game day is run efficiently and as per set schedules. All possible pitch scenarios need to be thoroughly discussed during tournament meetings prior to the day it is held. Ideas and situations from previous tournaments might be used in order to ensure that all the necessary bases are covered.